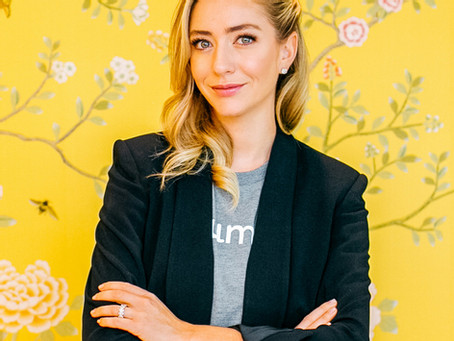 “Today, Bumble becomes a public company. This is only possible thanks to the more than 1.7 billion first moves made by brave women on our app – and the pioneering women who paved the way for us in the business world. To everyone who made today possible: Thank you.” ~ Whitney Wolfe Herd, Bumble founder.

Bumble Founder, Whitney Wolfe Herd has become the youngest self-made woman billionaire after its initial public offering (IPO). In addition, she is also the youngest female CEO to take a company public in the United States.

Whitney Wolfe Herd launched Bumble, an online dating app, in 2014, however that was not her first entrepreneur venture. While attending College and at the age of 20, Wolfe Herd started to sell bamboo tote bags to aid areas affected by the BP oil spill and then co-launched “Help Us Project”. The tote bags were an instant success and gained International attention. Shortly after, she founded “Tender Heart”, a clothing line dedicated to raising awareness to human trafficking.

At age 22, she joined the development team at Tinder – it is rumored that she was responsible for naming the app and was highly successful in helping to promote the platform to college campuses and growing the database of users. Unfortunately, she as forced to leave Tinder and shortly after, filed a sexual harassment lawsuit, wining more than 1 million dollars, plus stock in Tinder.

On encouragement from Andry Andreev, cofounder of Badoo, Wolfe Herd got back into the dating app world and along with two former Tinder co-workers, they created the female-focused dating app, Bumble which had a focus on creating a comfortable and empowering online dating site for women. Using the same strategy that she did with Tinder, she marketed the app to college campuses and had great success. Andry Andreev made the initial investment of 10 million dollars and had majority owner with 79% and Wolfe Herd with 20% stake. In late 2019, reports surfaced that Badoo, Bumble’s sister company had a history of drug-fueled parties and sexist behavior. After the report, Andreev sold his entire share to the Blackstone Group (umbrella company of Bumble and Badoo) – the deal was valued at 4 billion dollars.

By July 2020, Bumble reached 100 million users and Wolfe Herd was named CEO of the entire company, which has 750 employees worldwide.

Bumble’s IPO occurred on Thursday, February 11th on the Nasdaq Stock Exchange with an opening price of $76/share, surpassing the target of $43/share – this translates to 8.3 billion on the opening day of trading. Whitney Wolf Herd’s share of this earning is 1.6 billion dollars. Bumble goes beyond a dating platform and in 2016, introduced Bumble BFF, a service for platonic friendships and in 2017, launched Bumble Bizz, a platform for professional networking.